The Corporate Logo Tattoo – Why?

A craze has cropped up in the last decade or so for people to get corporate logos tattooed on their bodies.

This is one of the more controversial styles of tattoo, given that the previous reputation surrounding tattoos was that they were somewhat of a counter-culture statement and anti-corporate.

The idea of tattooing the logo of a major global corporation that has a perfectly good advertising budget all by itself seems to go counter to all that.

Whatever the company, it pays to think: “If they spend $800 million a year on advertising, do they really need my help getting their logo out there?”.

If it is the logo for your own company then there is more reason for getting it etched on you. The old saying, that no publicity is bad publicity, is true to an extent.

There are two caveats here – will your company logo be recognisable to people who see it from a distance on your bicep? Secondly, if that company should go bust at some point do you really want a reminder of it inked into your skin?

Some people get these tattoos just because they think the logo looks cool, or because there is a certain amount of retro glamor to the look.

Sometimes they are right. One must however be careful when getting anything corporate inked on their body – if you are impervious to scorn there may not be any cause for concern, but otherwise you will have a hard time living it down. 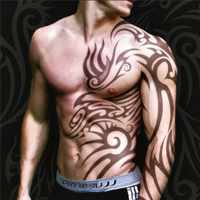 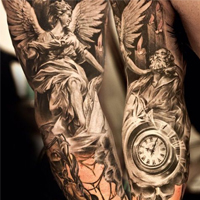 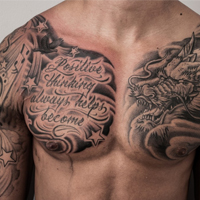